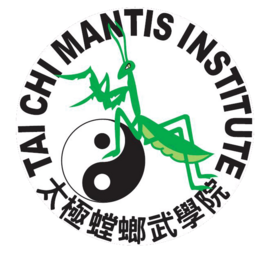 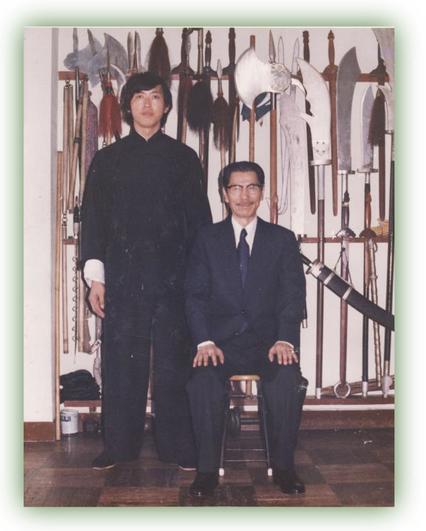 Master Wong was born in the city of Guilin in the Guangxi Province of Southern China. After the Sino-Japanese War, his father moved the family to Hong Kong. From early childhood, Master Wong had an affinity for and interest in Chinese martial arts, and by age nine, began studying martial arts under his father, Wang Bing Rong (1913 -1980). However, Master Wong longed for more in his training, and during the 1960s began an extensive search for a new master to train him.  During that time, Master Chiu Chuk Kai (1900--1991) had coincidentally relocated from Vietnam to back to Hong Kong, and opened up a new martial arts school with the premise of accepting new students. Under Master Chiu, Master Wong began studying Tai Chi and Mantis-style Kung Fu. From that time on, Master Wong devoted himself to the lifelong practice and study of traditional Chinese Tai Chi and Kung Fu. After years of diligent study and training, Master Wong was officially recognized as an eighth generation disciple of Chiu Chuk Kai and the Tai Chi Praying Mantis Martial Arts, a special honor that is only bestowed on students who are recognized worthy to pass on the philosophies and teachings of the martial arts.​

In 1973, Master Wong immigrated to the United States and continued his devoted study in Tai Chi and Kung Fu. Master Wong began to study Yang-style Tai Chi, and later expanded his study of Tai Chi to the Chen-style. In 1974, realizing that there were few adequate Chinese martial arts training centers in the United States, Master Wong established the Tai Chi Mantis Institute with the mission of training a new generation of students and spreading the practice of traditional Chinese martial arts. In order to preserve and honor his martial arts heritage, Master Wong would make annual trips with his new students of the Tai Chi Mantis Institute from the US to Hong Kong to pay respect to the now Grandmaster Chiu Chuk Kai and further study internal martial arts of Tai Chi and Qi-gong.

In 1990, Master Wong initiated the idea of establishing a worldwide federation for all disciples of Grandmaster Chiu Chuk Kai to further spread the practice of Tai Chi and Mantis-style martial arts, thus leading to the establishment of the Chiu Chuk Kai Tai Chi Praying Mantis Federation. Since its inception, Master Wong has served as both the President and Vice-Chairman of the US branch of the Federation.

Today, Master Wong continues to teach daily and instills a respect and passion for Tai Chi, Qi-gong and Kung Fu in all his students. He treats students with respect and accepts anyone as a student regardless of age, gender or background. Master Wong prioritizes function over form in technique, thus emphasizing the core philosophies of traditional Chinese martial arts in the way it was meant to be taught. His lifelong commitment to promote the teachings of his predecessors is a testament to his passion and respect for Chinese martial arts, as well as his desire to improve the overall well-being of all his students.